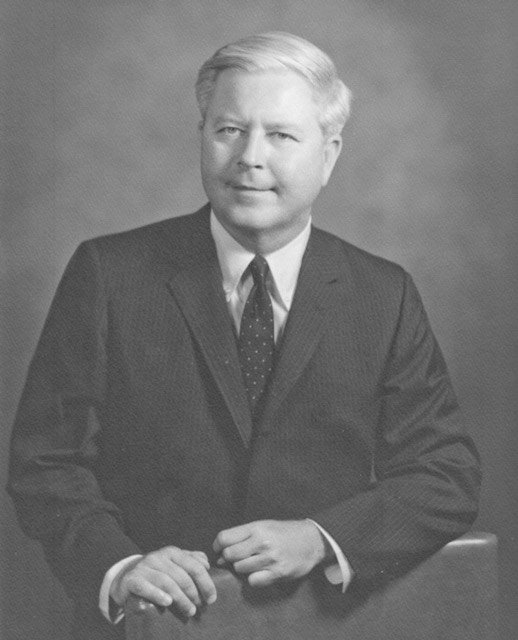 Harold G. Maass joined the Palm Beach law firm of Alley, Drew, Burns & Middleton in 1948 after graduating from law school at the University of Virginia. In 1950 he formed Alley & Maass with Mr. Raymond C. Alley, whose daughter, Nancy Alley, he married four years later. Mr. Maass was the founding President of the Palm Beach County Junior Bar Association and in 1954 he was President of the Palm Beach County Bar Association. Throughout his career he served on numerous Florida and Palm Beach County Bar committees. Mr. Maass was born in Chattanooga, Tennessee, in 1923 while his mother was visiting relatives, although his parents, Gustav and Helen Maass, lived in Birmingham, Alabama, at the time. In 1925, when he was two years old, the family moved to West Palm Beach, where Gustav was a renowned architect initially with Harvey & Clarke and later in partnership with John L. Volk. Harold attended Palm Beach Public School from kindergarten through ninth grade and graduated from Palm Beach High in 1940. He then enrolled at the University of North Carolina, where his education was interrupted by World War II. In 1942, he enlisted in the Naval Air Corps V-5 program. He earned his wings as a Naval Aviator at Corpus Christi, Texas, in the summer of 1945. When the war ended he was in an operational squadron flying the F6F Hellcat out of NAS Deland, Florida. After receiving his honorable discharge from the Naval Air Corps, he returned to UNC-Chapel Hill, where he was captain of the tennis team. While in law school at UVA he was elected to the Law Review. The second of Nancy and Harold’s six children, Robb R. Maass, joined the firm in 1981, and Robb’s son David R. Maass – Harold’s grandson and Mr. Alley’s great-grandson – joined the practice in 2014. Harold G. Maass passed away on October 23, 2006, at the age of 83.