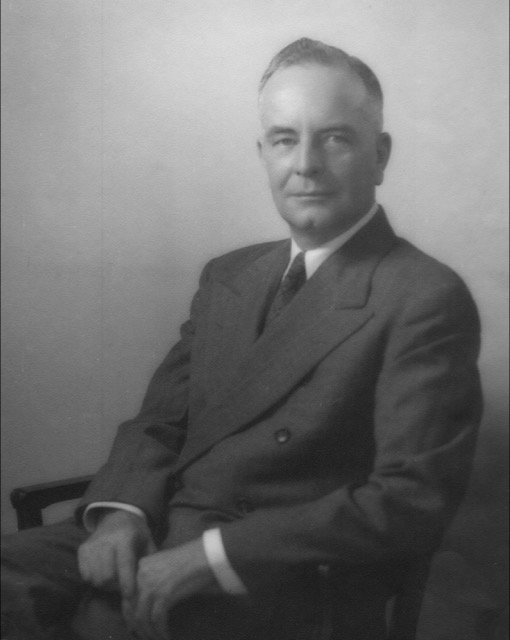 Raymond C. Alley moved to Florida from Buffalo, Minnesota, in 1925 and began representing the Phipps family and its Bessemer Trust Company, which developed Biscayne Boulevard in Miami. Early investors in Florida real estate, Henry Phipps and his family at one time owned a third of the town of Palm Beach, as well as other prime oceanfront and bayfront property from Miami to Martin County. Mr. Alley relocated to Palm Beach County in 1927 when the Phipps family moved its offices there. He later practiced with Williamson, Alley, Baugher & Burns, where Joseph F. Gunster was special counsel. In 1943, Mr. Alley formed the law firm Alley, Drew, Burns & Middleton, which was located in the Harvey Building in downtown West Palm Beach. He served as president of the Palm Beach County Bar Association from 1943-44 and in 1943 was appointed judge of the Criminal Court of Records of Palm Beach County by Gov. Spessard Holland. In 1950, Mr. Alley and Mr. Harold G. Maass formed Alley & Maass with its office in Phipps Plaza in Palm Beach. Eight years later, Alley, Maass, Rogers & Lindsay, P.A. moved its office to the Royal Poinciana Plaza, where it remains today. From 1965-67, Mr. Alley served on the Florida Constitution Revision Commission, which established Florida’s sixth Constitution. He was a graduate of Hamline University in St. Paul, Minnesota, and earned an L.L.B. from the University of Minnesota in 1917, when he was commissioned into the army as a second lieutenant and assigned to the 41st U.S. Infantry at Ft. Snelling. He died in January 1975 at the age of 81.